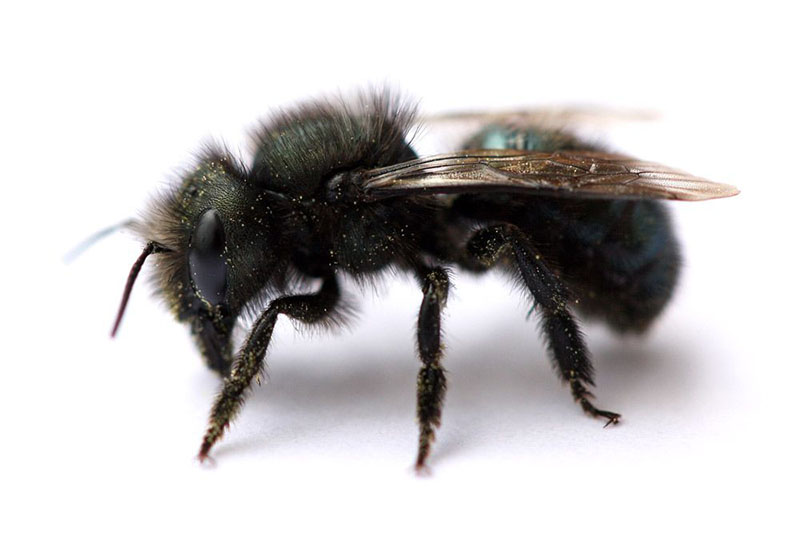 Many bee raisers want to learn how to identify the bees that visit their yards and gardens. But, with over 4,000 species of native bees in North America, plus the non-native species that have been introduced, it can be challenging to identify bees down to the species level.

Even if we look only at mason bees, the task can be daunting! About 139 species of mason bee are native to North America, or 41% of the global diversity of the group, plus an additional three species (Osmia cornifrons and O. taurus from Asia and O. caerulescens from Europe) that have been established in North America.

While we might not be able to identify down to species level, there are some common characteristics that the genus Osmia (mason bees) share that can help you pick out the mason bees from the other insect pollinators in your yard and garden. 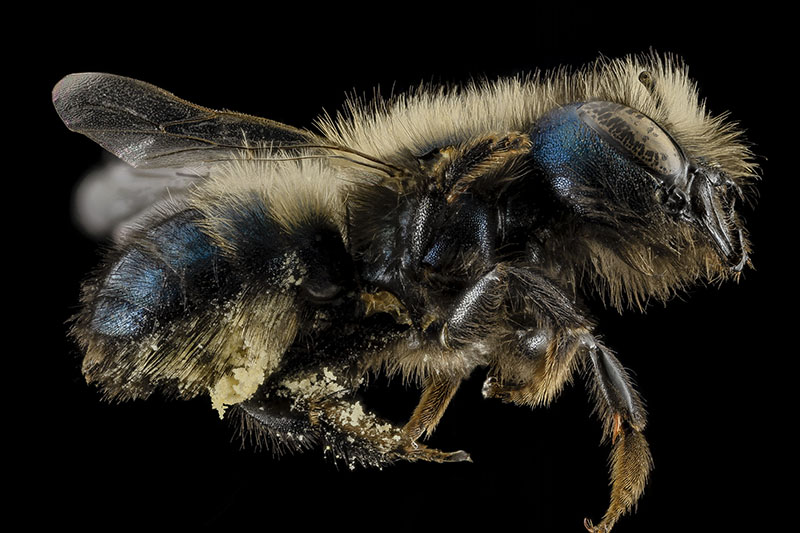 At Crown Bees, we work with the two most commonly managed species of mason bee, the Blue Orchard Bee and the Japanese Orchard Bee (AKA Hornfaced Bee). Both species are highly efficient spring pollinators and are alike in the types of crops they pollinate and how they construct their nests. The specific species of Mason Bee that you will receive from us is dependent on your location .

The female is ~14 mm in length. Her metallic bluish-grey color may sometimes appear black, and her body is covered in hair, which collects pollen while she is foraging for pollen and nectar. When flying, the blue orchard mason bee is often mistaken for a black fly. As with other mason bees, the female collects pollen on her scopa to bring back to her nest.

The male is noticeably small, ~ 11 mm long. He can easily be distinguished from a female by his long antennae and a light-colored hair tuft on his head. Males are similar in color to females; however, he lacks scopal hairs. 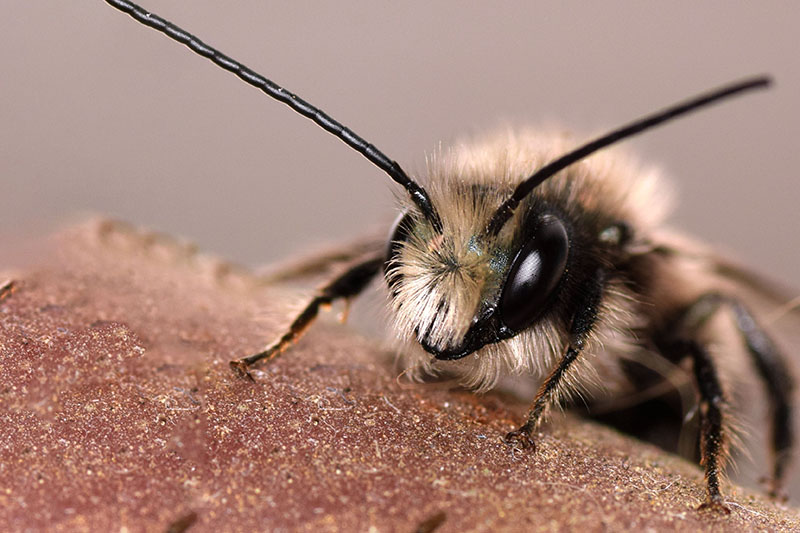 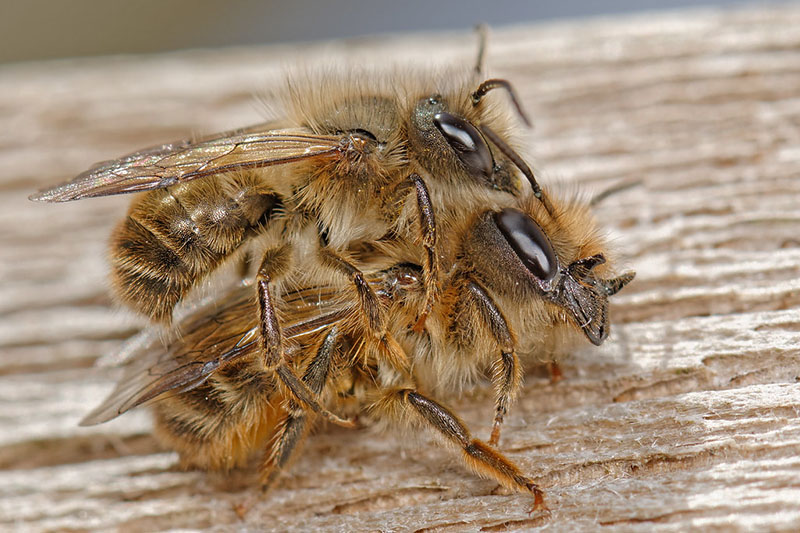 As mentioned earlier, there are many similar species of mason bees across the globe, in both appearance and behavior, making it difficult to identify species by eye.

The European Orchard Bee and the Red Mason Bee often pop up when you do a broad search for mason bees on the Internet. They are not native to the western hemisphere. However, they're widespread in England and Wales and can also be found in Scotland, Northern Africa, and the Middle East.

Both species are covered in dense gingery hair; the males are smaller than the females and sport a white tuft of hair on their faces. Their mating and nesting behavior is similar to the Blue Orchard Mason Bee and the Japanese Orchard Bee. 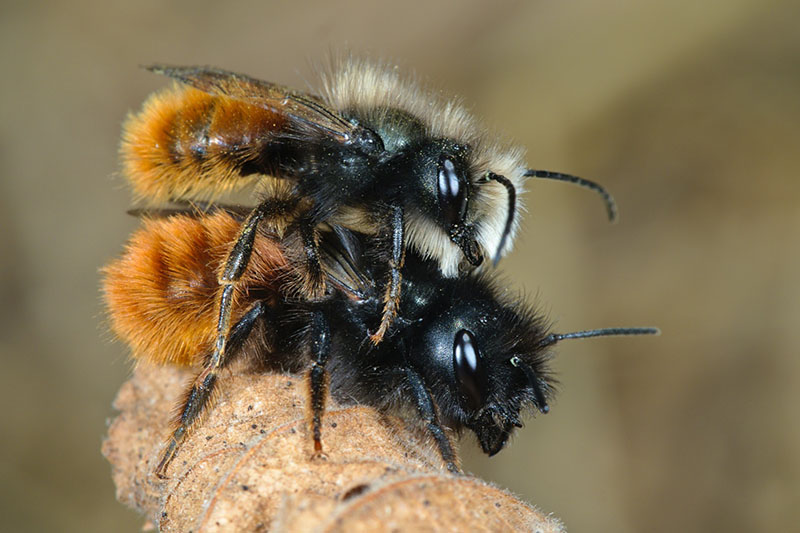 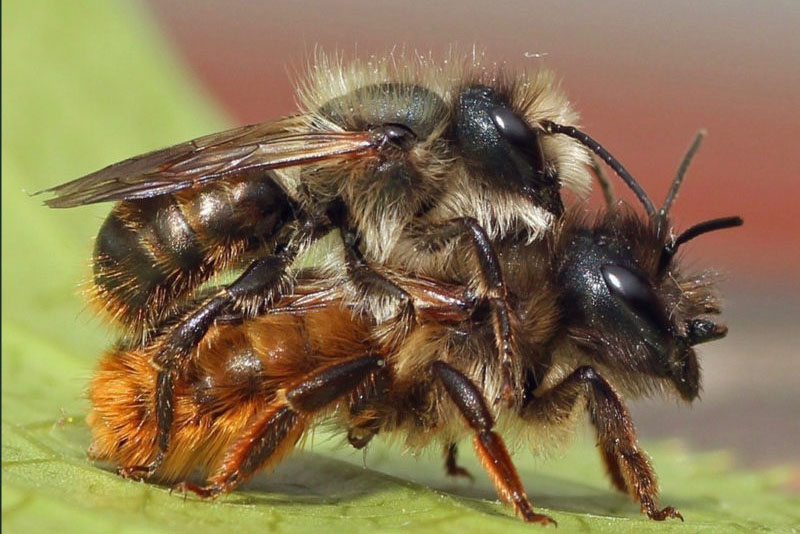 If you'd like to dive deeper into identifying the bees in your yard, here are some great resources to help you along the way.

Exotic Bee ID is designed primarily as a screening tool for those who monitor and intercept non-native bees coming into this country, such as people working at ports of entry, state agriculture departments, and university extension services. However, it is also set up to be used by growers, hobbyists, and homeowners—that is, essentially anyone interested in identifying bees. Access to the website is free.