Imagine a scenario in which a terrible avian virus sweeps through North America, decimating the poultry industry. Ranchers lose tens of thousands of chickens, and many leading poultry operations go out of business. Chicken and egg prices skyrocket, causing many restaurants and bakeries to close down. Even in this scenario, however, I would not expect to see “save the birds” bumper stickers, articles in leading magazines discussing “a world without birds”, or environmental preservation agencies campaigning for bird conservation on account of this event. This is because we understand that a chicken crisis, albeit a consequential one for many industries and private consumers, would be an issue of animal husbandry rather than biological conservation.

This level of awareness does not seem to apply to a real-life situation that bears striking similarities to the hypothetical chicken scenario—the issue involving the declining health of honey bees managed for agricultural pollination in North America. Like chickens, honey bees were brought here for food production—with excellent results. Unlike chickens, we tend to view the honey bee as a species that is vital to the health of our natural ecosystems. Thus, the problems facing the beekeeping industry are often seen as a conservation issue rather than an animal husbandry and food production issue. It may come as a surprise to many that the honey bee, far from being threatened with extinction, is actually doing just fine as far as the persistence of the species is concerned. In fact, it may be faring far better from a conservation standpoint than any of the other 20,000 bee species in the world. 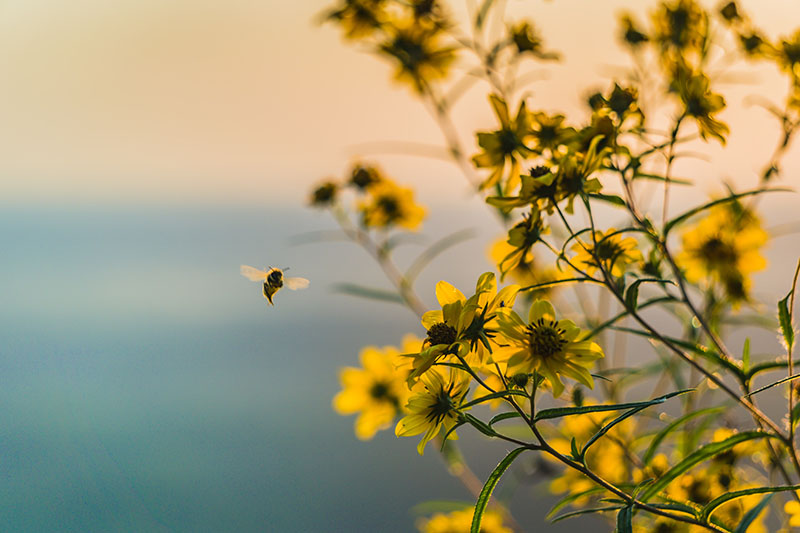 In a study we published last year, we found that the honey bee has infiltrated natural ecosystems all throughout the world, presumably from managed populations originally brought by humans for food production. We found that the honey bee is currently more widely distributed and numerically abundant than any other pollinator species in the world. Besides being a highly abundant and globally widespread species, honey bees may actually be having a detrimental impact on native plants and pollinators in ecosystems they have invaded. In a study we published earlier this year, we found that feral honey bees (managed honey bees gone wild) are preferentially removing food resources from the plant species that support the highest diversity and abundance of native pollinators. This behavior means that honey bees likely exert an oversized competitive pressure on native pollinators. Another recent study also reports that the introduction of honey bee hives to a natural ecosystem disrupted interactions between native pollinators and plants, to the detriment of native plant reproduction.

Given the important role that honey bees play in pollinating food crops worldwide, the health of managed honey bees is undeniably an issue of high importance for food security at a global scale. Additionally, recent studies reveal that wild honey bees are ironically becoming increasingly threatened in their own native range, and argue for increased awareness of the conservation of honey bees in their native Europe, Asia, and Africa. Still, I believe that there is an urgent need to separate the “save the honey bee” issue from the larger issue of pollinator conservation here in North America, as there is little overlap between the factors threatening native pollinators and those threatening managed honey bees. North America is home to more than 4,000 species of native bees and thousands of species of pollinating wasps, flies, butterflies, moths, and beetles. It is prime time that we give them the kind of attention that we’ve been giving to honey bees.

To stay up-to-date on bee-raising tips and reminders, events, pollinator research, and sustainability insights, sign up for our monthly BeeMail newsletter and follow us on social media!